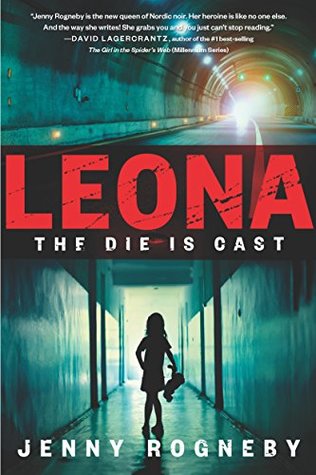 Leona: The Die Is Cast

This best-selling Scandinavian thriller follows its troubled heroine as she investigates a high-profile robbery for Stockholm's Violent Crimes Division.

Naked and bloody, a seven-year-old girl walks into a bank in central Stockholm in broad daylight and gets away with millions. Leona Lindberg of Stockholm's Violent Crimes Division agrees to work on the case. With a long, distinguished history in the police force, she seems the perfect choice. But Leona is grappling with deep issues of her own--a gambling addiction, a strained marriage--that could jeopardize the investigation. As she struggles to keep the volatile pieces of her life under control, the line between right and wrong becomes increasingly unclear--and even irrelevant.

This is a hard-boiled crime novel, filled with unexpected twists and turns, featuring an unusual heroine. Leona makes for gripping reading while challenging feminine norms and posing questions about what lies behind the choices we make.

Leona The Die is Cast had a very intriguing plot that promised suspense and a chilling narrative. I began the book with an expectation to be shocked and perhaps even be made uncomfortable. seemed very interesting, Unfortunately, the author didn’t deliver these expectations.

I’m not sure what it was about this novel that kept me from actually liking it. The story line revolves around Leona, who is a skilled police officer but has been overcome with gambling problem. I was prepared to like Leona in spite of her being emotionally detached from her environment and people, and even in spite of the crime she committed. However, her narrative was too inconsistent for me to actually feel anything for her. What I once presumed to be a strong and cunning female officer slowly dwindled into another whinny character.

Another problem I had with the plot has to do with a journalist, Christer. Christer’s storyline follows him trying to bring down a politician on charges of paying for sex. *spoiler* So while I get that Christer is blackmailing Leona for information, I couldn’t quite understand what his role was in the story. Throughout the novel, he comes off as a cardboard cutout with no real role than to creep Leona out. I wasn’t even remotely shocked when Leona killed him.*

The unreliable narration, Olivia’s perspective, and the way the robbery was carried is what I liked most about this book. If the novel had focused on those aspects and built on it, the author would have been able to deliver an edgy and squeamish psychological thriller.

While I wouldn’t push anyone away from this book, since I’ll definitely be looking out for more of the author’s future books, I think readers would benefit reading a better plotted novel with a believable character. 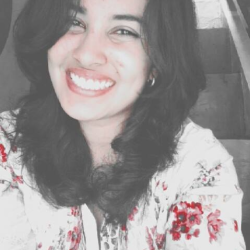 patricia
My name’s Cam. A small time poet with a passion for reading, and spicy food. I’m a blogger at Camillea Reads (www.camilleareads.wordpress.com) and a contributor at Quite the Novel Idea. When I’m not writing, I’m working hard at my graduate studies for my MA in Sociology.

Latest posts by patricia (see all)

« {Waiting on Wednesday} Ace of Shades and Roar
{Mirror Mirror} Liza’s Updates and Haul (at last!) »