Hi gorgeous readers!  Today I want to share with you my excitement about Garrett Calcaterra’s Dreamwielder.  I mean, look at this cover! Isn’t it just beautiful?   I have for you an excerpt from the book and a giveaway as well, so please stick around  🙂 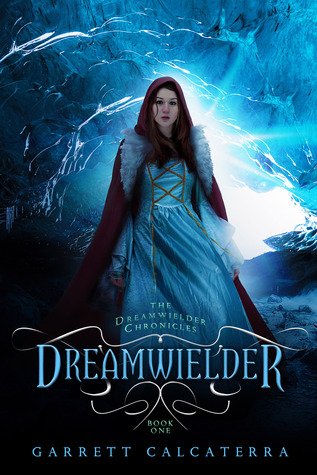 In a world shrouded by soot and smoke, young Makarria has literally been forbidden to dream.

Legend has foretold the demise of Emperor Thedric Guderian at the hands of a sorceress with royal blood, and the Emperor has made it his legacy to stamp out all magic from the Sargothian Empire in favor of primitive coal fired smelters and steam powered machines. When Guderian’s minions discover a Dreamwielder on a seaside farmstead, a chain of events forces Guderian’s new threat—the young Makarria—to flee from her home and embark upon an epic journey where her path intertwines with that of Princess Taera, her headstrong brother, Prince Caile, and the northman Siegbjorn, who captains a night-flying airship.

DREAMWIELDER will be available in eBook and print editions on SEPTEMBER 29, 2015.

“Hold on, what do you mean you know what to do?” Caile started to say, but Makarria ignored him and sprinted off through the tunnel toward the city before the words were halfway out of his mouth. “Get back here!” Caile yelled, but Makarria paid him no heed.

Caile snatched up his weapons with a curse and ran off in the direction of Issborg. At the edge of the cavern city, he caught sight of Makarria nearly halfway to the other side—the only movement in the entire city. The Snjaer Firan were hidden away in their homes and had closed the shutters over every window. Only the blue daylight protruding through the glacier aboe illuminated the city. Damn it all, she’s fast, Caile swore inwardly as he chased after Makarria. When he finally caught up to her at the far end of the city he grabbed her shoulder and dragged her to a halt, heavily winded.

Makarria pushed his hand aside and trotted on. “Please don’t try to stop me.”

“I’m not here to stop you. I’m here to help. Now just slow down for moment and tell me what it is you think you’re going to do that a sorceresses can’t.”

They were getting close to the chambers beyond the city now and Makarria slowed to a brisk walk. “I need to get Kadar into one of the chambers.”

“All right, that’s a start. What chambers?”

“A few hundred yards down the corridor on the right, there’s a bunch of caves with doors.”

“Does it matter which one we get him into?”

“Then I do my work. Quiet now. We’re getting close.”

Caile bristled at being shushed. “Slow down then,” he whispered. “We don’t want to rush headlong into something.”

As if on cue, a heavy concussion echoed through the cavern.

“I’ve heard that sound before,” Caile whispered. “That’s sorcerers fighting.” He left his sword sheathed and instead strung his bow and notched an arrow, remembering what Talitha had told him about trying to kill sorcerers. Surprise them. Be unpredictable.

The sound of concussions and bellowing flames grew louder and more frequent as they continued on, and before long they could hear voices, although, they could not make out the words. Talitha’s indecipherable shouts were little more than guttural moans, while Kadar’s heavily accented words were taunting in their tone. Suddenly, dark figures appeared before them, and Caile almost let loose his arrow but luckily held it back at the last moment, realizing it was the Snjaer Firan warriors who had accompanied Talitha. There were only four of them, and they all huddled close to the wall at their right.

“We’re here to help,” Makarria whispered when one of them turned back to see her and Caile approaching. “Where’s Kadar?”

“Up there,” the man said with effort, and Makarria and Caile saw that he was badly burned on one side of his face. “Talitha is trapped on the far side, below the glacier.”

“Where’s the rest of your men?” Caile asked. “I thought there were twelve of you?”

Caile pursed his lips and pushed his way forward past the four men to peer farther down the corridor. A torrent of flames spat forward in the distance, and for a brief moment Caile could make out Talitha’s form huddled behind a stalagmite twenty yards ahead and Kadar a little farther beyond her. Then the flames were gone and he saw only shadows again. Caile stepped back safely out of sight. “He’s got her cornered, and he’s too far away for me to get a clean look at him,” he whispered to Makarria. “How is it you think we’re going to get him into one of those caves?”

“I’ll get him into the open,” Makarria said. “When I yell, start shooting.”

“I don’t see how—” Caile started to say, but before he could get the rest of the sentence out Makarria strode forward into the middle of the corridor.

Makarria ignored her and walked on, fear in her belly. He won’t risk killing you—you’re too important to him, she told herself, but now that she was exposed, she wasn’t so certain.

Kadar peered out from his hiding spot and began laughing an oily, rodent-like laugh. “It is all right, Makarria. Yes, come to me. I would not hurt you.”

“Leave the woman alone,” Makarria said. “And then you can have me.” She stopped parallel to the first of the caves on the right. She saw in front of her the smoldering bodies of the slain Snjaer Firan warriors but quickly averted her eyes and kept her attention solely on Kadar.

“But I can kill her and still take you,” Kadar said.

“Not if I’m in the way, you can’t,” Makarria retorted, and she stepped forward to place herself firmly in the path between the two sorcerers. “Go,” she said, looking back toward Talitha.

“Are you mad?” Talitha hissed. “You’ll be killed.”

In the distance, Kadar laughed again. “Go on. Let the little girl save you for now.”

Talitha paused for a moment longer, then sprang from behind the stalagmite and scurried back into the cavern behind Makarria toward the others.

Kadar stepped forward from his hiding spot, and when he spoke there was menace in his voice. “What is it you hope to accomplish, girl? Your dream powers are weak and unhoned still. I could burn you to ash or bring that ice crashing down upon your head before you even close your eyes, let alone dream.”

“Not if you want me to kill the Emperor, you can’t.”

Kadar smiled and his black teeth glimmered as he slowly stepped forward. “You are a clever girl. Too clever for your own good.”

He was almost upon her now. She waited one breath longer, then turned and sprinted away. “Now!” she screamed.

Caile stepped out into the corridor and loosed his arrow. It whizzed by Makarria’s ear, and Kadar leapt to the side, just narrowly dodging the projectile. He raised his hands to strike back, but Makarria had changed her course to run right for Caile, blocking Kadar’s line of sight. Caile fired another arrow over the top of Makarria, and this time Kadar had no choice but to jump for cover in the nearest of the chambers.

Makarria skidded to a halt and plopped down on her butt, facing back toward the chamber. “Keep him in there,” she said breathlessly and closed her eyes.

“I only have four arrows left—move fast,” Caile yelled, but Makarria was already halfway in her trance… 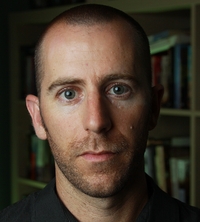 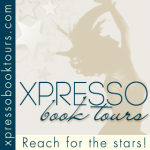