There are three rules in the Walled City: Run fast. Trust no one. Always carry your knife. Right now, my life depends completely on the first. Run, run, run.

Jin, Mei Yee, and Dai all live in the Walled City, a lawless labyrinth run by crime lords and overrun by street gangs. Teens there run drugs or work in brothels—or, like Jin, hide under the radar. But when Dai offers Jin a chance to find her lost sister, Mei Yee, she begins a breathtaking race against the clock to escape the Walled City itself.

Hi there gorgeous people!  I’m so happy to participate in the blog tour for Ryan Graudin’s The Walled City.  I really enjoyed her book, All That Glows and I was intrigued when I saw that this book was very different.  As you will be able to see from my review, I loved!

The Walled City is an outstanding story of the lives of three characters and their experiences within the City of Darkness.  They are there for different reasons, some voluntary, some not so much, but they all live together in a world of chaos where survival of the fittest is the highest law.

The story is told in the first person, from three points of view, and NO it isn’t too many.  Each one of these characters add something invaluable to the tale of The Walled City.

Dai made many mistakes in his early youth that shaped his life and is the reason he ended up in the Walled City.  He comes from money and has many advantages that others don’t, but he’s drowning in self-recrimination, and the despair of what happened to his family because of him.  He is trying his best to get past it by redeeming himself and bringing the bad guys to justice.

“I’m not a good person.  If people need proof, I’d show them my scar, tell them by body count. Even when I was a young boy, trouble latched onto me like a magnet.”

Mei Yee has probably the worse lot of the trio. She is the daughter of a rice farmer that wanted sons and instead got two daughters that he physically abused them over and over.  This setting made Mei Yee docile and unquestioning of her life.  Unfortunately for her, she was beautiful and his father sold her to a life of prostitution.  Mei Yee is so strong for daring to believe that life could be better, that hope was worth risking everything.  I cannot imagine a life like this and I’m amazed by the way Graudin wrote her chapters.  It was all done tastefully, but not less painful.

“There are three rules of survival in the Walled City: Run fast.  Trust no one. Always carry your knife.”

Jin Ling is a girl, pretending to be a boy in order to be safe(er) within the city.  She followed her sister, Mei Yee, when she was taken and has been searching for her for two years.  This girl is something else! She’s  smart, fast, with an innate need for protecting others and most of all, for survival.  No even her father’s abuse could break her spirit and she diverted the punishment upon herself to spare her mother and sister.

These three characters meet by chance and stay together by choice. They become each other’s family, friends, confidants, strength, redemption and future. Masterfully done.

The bad guys are quite a few, but the more relevant are Longwai (his henchmen) and Osamu.  Lonwgai is the “master” of the Brotherhood, the biggest and more dangerous gang of the city.  It’s organize crime as its worth; they deal in drugs of any kind, in murder, torture, human trafficking and more. Osamu is despicable because he also treated Mei Yee like she was property.

The setting is the Walled City (Seng Ngoi), a city forgotten by the law in which poverty, gangs and all sorts of vices thrive.  It’s a labyrinth of streets, and alleys where houses are stacked one upon the other and a huge amount of the population is made of vagrants.  There is a lot of the Chinese culture here.  The use of the color red in the holidays, mention of family honor, dragons, food, facial features, all amount to a vivid picture of the setting.  By contrast, The City Beyond, is clean, pretty, full of law abiding people and money.

“City of Darkness.  That’s what the people of Seng Ngoi call this place when they glimpse it from their penthouse apartments and high-rise offices.  A back spot of slum and crime in their shining city. A better name, I think, would be City of Pain.”

The writing is beautiful.  Each character has a distinctive voice, almost like there are three different authors for each of them.  I love how insightful each character was.  The plot is a masterpiece of chances, encounters, moments, tied together by a hope that refuses to die.

Overall, The Walled City was a great book.  Completely different than Graudin’s All That Glows, this book is raw, heartfelt, and powerful.

About the cover:  Can I just say that I loved the original cover so much more than the final cover?  You can see it here.

(1) Grand prize pack: It includes: A finished copy of THE WALLED CITY, rice candy, a miniature lucky cat, a traditional Chinese paper cutout of a dragon, and a pamphlet from the real Walled City Park! US ONLY

(9) winners will receive: A finished copy of THE WALLED CITY. US ONLY.
a Rafflecopter giveaway

Check out the Rest of the Tour: 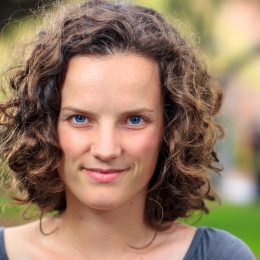 Ryan Graudin grew up in Charleston and graduated from the College of Charleston with a degree in Creative Writing in 2009. She is the author of All That Glows and The Walled City. She resides near Charleston with her husband and wolf-dog. You can find her online at www.ryangraudin.com.

« Top Ten Books I Want To Reread
Waiting on Wednesday #66: A Court of Thorns & Roses by Sarah J. Maas »

5 responses to “Blog Tour, Review and Giveaway: The Walled City by Ryan Graudin”