Oh humans, today is the happiest of days because I get to share my continued love of Martina Boone and The Heirs of Watson Island series. If you can recall back to last year, I reviewed Compulsion (which I LOVED) and I’m so thankful to have gotten the opportunity to participate in the Persuasion blog tour. 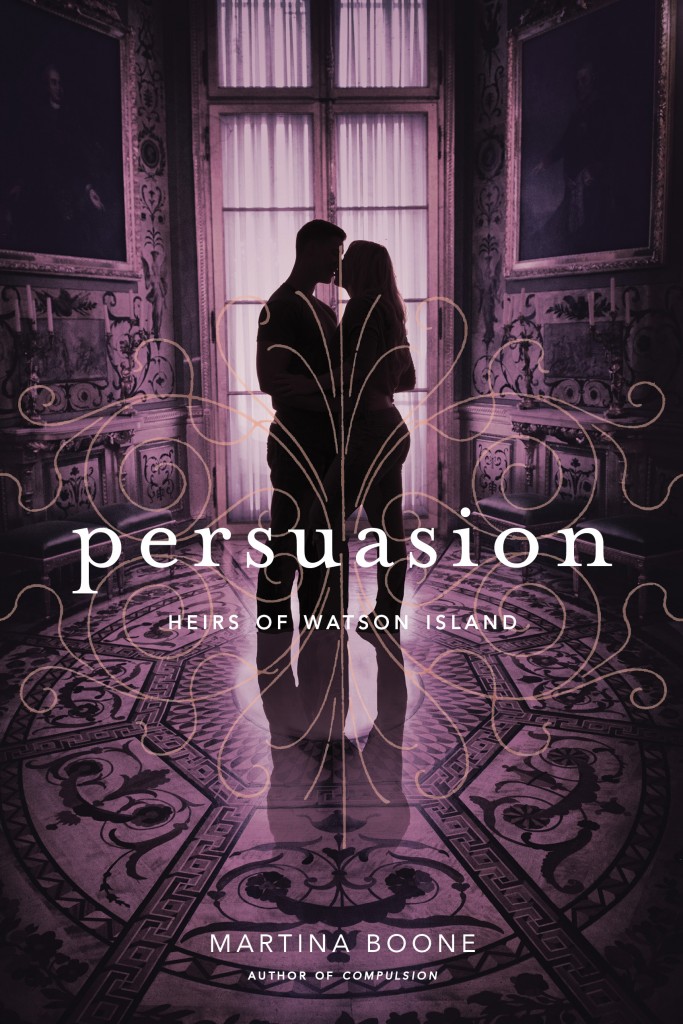 Beautiful Creatures meets The Raven Boys in the spellbinding second novel in the Heirs of Watson Island trilogy that “skillfully blends rich magic and folklore with adventure, sweeping romance, and hidden treasure” (Publishers Weekly, on Compulsion).

Grieving the death of her godfather and haunted by her cousin Cassie’s betrayal, Barrie returns from a trip to San Francisco to find the Watson plantation under siege. Ghost-hunters hope to glimpse the ancient spirit who sets the river on fire each night, and reporters chase rumors of a stolen shipment of Civil War gold that may be hidden at Colesworth Place. The chaos turns dangerous as Cassie hires a team of archeologists to excavate beneath the mansion ruins. Because more is buried there than treasure.

A stranger filled with magic arrives at Watson’s Landing claiming that the key to the Watson and Beaufort gifts—and the Colesworth curse—also lies beneath the mansion. With a mix of threats and promises, the man convinces Barrie and Cassie to cast a spell there at midnight. But what he conjures may have deadly consequences.

While Barrie struggles to make sense of the escalating peril and her growing and forbidden feelings for Eight Beaufort, it’s impossible to know whom to trust and what to fight for—Eight or herself. Millions of dollars and the fate of the founding families is at stake. Now Barrie must choose between what she feels deep in her heart and what will keep Watson’s Landing safe in this stunning addition to a series filled with “decadent settings, mysterious magic, and family histories rife with debauchery” (Kirkus Reviews, on Compulsion).

I knew the second that I finished Compulsion that I needed the sequel in my greedy hands that instant. Unfortunately I don’t have a magical genie at my disposal so I had to wait a year to continue this journey with EIGHT and Barrie. Boy, was it worth the wait. I started this book only knowing what Martina had told me at RT, “It’s dark. Much darker.” Let me tell you, that is an apt description. This book really delved into the magic of Watson’s Island and I was ADDICTED. Literally, this book is hard to put down.

This book starts right at the end of its predecessor and we get to see Barrie handle Mark’s death as well as the ending events of Compulsion. I really enjoyed that this is a direct continuation because there was so much meat that needed to be digested from the first book. The thing that struck me again while reading Martina’s characters is how authentic she writes. When Barrie grieves, I grieve. This book revolves around making something beautiful out of the ashes of our lives. How beautiful! Sometimes we get the raw end of the deal but we can choose to make the most of it. Barrie has recently lost her mother and guardian but she’s also found Watson’s Island, Pru, and Eight (<3). The struggle she has between being joyous and grieving is so… real. It’s refreshing.

Speaking of Pru, her character really got to shine in this book. She’s been so afraid of living her life that now that she has a desire to, she’s swept away with it and it’s BEAUTIFUL. Pru has always been such a great character but we really got to see her layers in this book which I loved. Barrie has never really had much of a mother figure (though she had Mark for everything important) but she is starting to see Pru as one. It’s awesome. The link between Pru and Lula continued in this book; the correlations between the two of them is interesting to see from Barrie’s eyes.

My favorite part is the addition of a new character: Obadiah. Who is Obadiah? That’s a freaking fantastic question that I can’t answer. Literally, I don’t know who exactly he is. He appears in the form of a raven to Barrie and really propels this book along. I freaking love him.

I don’t even know what else to say except for this book is a perfect sequel. It’s not a carbon copy of the first book; it takes the characters we know and love from the first book and allows them to grow. We really get to delve into the magic of Watson’s Island which we didn’t get that much of in the first book and we get to see more about how the first book affects this one. It’s amazing. Start it yesterday.

Martina Boone was born in Prague and spoke several languages before learning English. She fell in love with words and never stopped delighting in them. She’s the author of SIBA Book Award nominated Compulsion, book one in the romantic Southern Gothic trilogy, the Heirs of Watson Island, which was an Okra Pick by the Southern Independent Bookstores Alliance, a Kansas State Reading Circle selection, a Goodreads Best Book of the Month and YA Best Book of the Month, and an RT Magazine Best of 2014 Editor’s Pick. The second book in the trilogy, Persuasion, will be published in October 2015.

She’s also the founder of AdventuresInYAPublishing.com, a three-time Writer’s Digest 101 Best Websites for Writers site, the CompulsionForReading.com book drive campaign for underfunded schools and libraries, and YASeriesInsiders.com, a site devoted to the discovery and celebration of young adult literature and encouraging literacy through YA series. She is also a founder and permanent mentor at 1st5PagesWritingWorkshop.com, helping to shepherd aspiring writers into the publication process and help them find the right starting point for their novels in progress, Locally in her home state of Virginia, she is on the board of the

She lives with her husband, children, and a lopsided cat, she enjoys writing contemporary fantasy set in the kinds of magical places she’d love to visit. When she isn’t writing, she’s addicted to travel, horses, skiing, chocolate flavored tea, and anything with Nutella on it.

1 winner will receive THE DAUGHTER OF SMOKE AND BONE Series signed by Laini Taylor, signed personalized copies of COMPULSION & PERSUASION, a charm bracelet, and a jar of the sweet potato mustard that is on the cosmic dog in Compulsion. US Only. 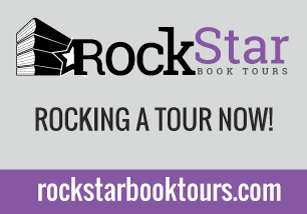