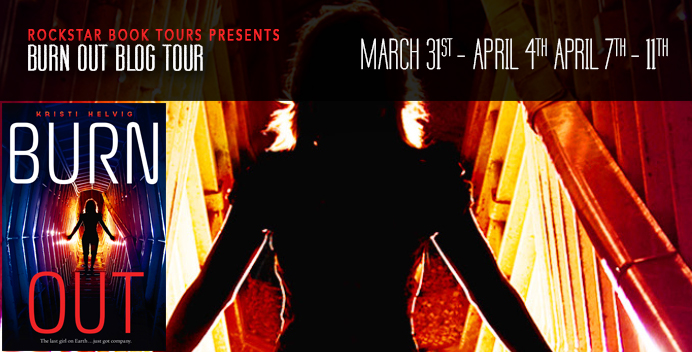 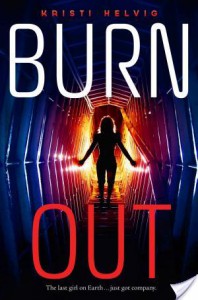 Also by this author: Strange Skies

A futuristic blend of Beth Revis's Across the Universe and Lenore Appelhans's Level 2, Burn Out will satisfy the growing desire for science fiction with a thrilling story of survival, intrigue, and adventure.

Most people want to save the world; seventeen-year-old Tora Reynolds just wants to get the hell off of it. One of the last survivors in Earth's final years, Tora yearns to escape the wasteland her planet has become after the sun turns "red giant," but discovers her fellow survivors are even deadlier than the hostile environment.

Holed up in an underground shelter, Tora is alone--her brilliant scientist father murdered, her mother and sister burned to death. She dreams of living on a planet with oceans, plants, and animals. Unfortunately, the oceans dried out ages ago, the only plants are giant cacti with deadly spines, and her pet, Trigger, is a gun--one of the bio-energetic weapons her father created for the government before his conscience kicked in.

When family friend, Markus, arrives with mercenaries to take the weapons by force, Tora's fury turns to fear when government ships descend in an attempt to kill them all. She forges an unlikely alliance with Markus and his rag-tag group of raiders, including a smart but quiet soldier named James. Tora must quickly figure out who she can trust, as she must choose between saving herself by giving up the guns or honoring her father's request to save humanity from the most lethal weapons in existence.

Welcome to Reading with ABC’s stop of the Burn Out Blog Tour!

What a wild ride Burn Out turned out to be! I don’t usually read books set in space, but I’m glad that this one called out to me.

I think the synopsis does an awesome job as stating the basic facts, so I won’t go over those again.  Instead, let’s concentrate on the characters.  Tora has been taught how to survive since age ten and it is drilled into her skull.  She doesn’t trust anyone and has a vague plan as to how to survive Earth’s last days.  She is full of sarcasm and a tough cookie.  She is also very lonely and with small hopes for survival.  However, Tora’s survival instincts are really strong and not only does she manages to do so, but to help others as well.

James, I’m reserving my judgment until the next book in the series, but I hope you can see me shaking my head at you.  Anyway, the budding romance between James and Tora seems to be too fast (although nothing really happened!) and it is not the focus of the story, rather a promise of things to come.

I’m not sure what to think of Alex.  I mean, Tora is so distrustful of everyone and then, like magic, she’s charging of to rescue a complete stranger.  It’s really out of character and I hope there is an ulterior motive to the addition of Alex to this highly messed up group.

Markus is as ambivalent as the wind, but I have high hopes for his and him and I hope he learned his lesson after all that happened. Tora’s family is dead when we meet her, but they are ever present in her thoughts and in most decisions she makes.  The other character in the group is Britta, another survivor, but with a healthy dose of annoying thrown in.   About Kale, the group’s leader, let me just say that Helvig’s phycology degree shines through him and how devious and manipulative he is.  Just sayin’.

Holy cliffhangers!  This ending was beyond cruel.  I’m not sure what will happen next, but I hope that Tora finds a way out of the mess she got herself into; in one piece, I mean.  The plot is a full of twists and turns and ever changing alliances.  It really made me dizzy how people seem to change their minds by the hour (that’s what it felt like).  The writing is descriptive and straight forward enough that even I understood the science behind Earth’s destruction (no small feat, let me assure you!), and the new gadgets and doohickeys that about in the future.

Overall, Burn Out it’s a solid first book in what I’m sure will be a great series.  Can I have the next book pretty please?

1 signed hardcopy of BURN OUT, a red sun necklace, and assorted sun survival items (ie. chapstick, sunscreen) | US Only
a Rafflecopter giveaway 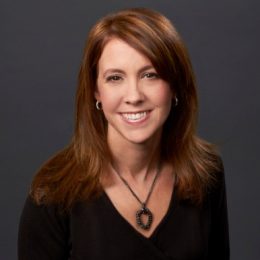 Kristi Helvig is a Ph.D. Clinical Psychologist turned sci-fi/fantasy writer. You can find her musing about space monkeys, Star Trek, and other random topics on her blog. Kristi resides in sunny Colorado with her hubby, kids, and behaviorally-challenged dogs.