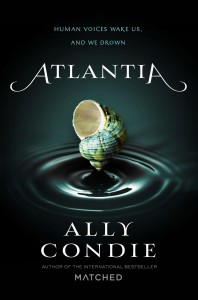 Can you hear Atlantia breathing?

For as long as she can remember, Rio has dreamt of the sand and sky Above—of life beyond her underwater city of Atlantia. But in a single moment, all her plans for the future are thwarted when her twin sister, Bay, makes an unexpected decision, stranding Rio Below. Alone, ripped away from the last person who knew Rio’s true self—and the powerful siren voice she has long hidden—she has nothing left to lose.

Guided by a dangerous and unlikely mentor, Rio formulates a plan that leads to increasingly treacherous questions about her mother’s death, her own destiny, and the complex system constructed to govern the divide between land and sea. Her life and her city depend on Rio to listen to the voices of the past and to speak long-hidden truths.

I’m really excited to be part of the tour for Atlantia and to be team ABOVE.  As might know I’m originally from Puerto Rico and there is nothing like this paradise island.  I just could not imagine not being able to feel the warm sun, feel the breeze, go places and see people.  On the other hand, I don’t think I would be able to live underwater, it just sounds plain scary to me! I’ve had a pretty bad experience with books about mermaids, so I’m happy to say that this isn’t one.  So what exactly is Atlantia about? I shall tell you…

Atlantia is narrated in the first person by Rio (Spanish for river.)  Her twin sister, Bay and she are orphaned and trying to find their place in their underwater world.  They live in Atlantia, a city built many centuries ago in the Below in order to make sure humanity survived the abused Earth in the Above.  When Bay decided to leave Atlantia, without telling anyone, she’s devastated and she tries to find a way to join her.  Rio is a siren and it’s feared in both worlds.  Her mother, the former Minister, kept her gift hidden in order to protect her. She’s brave, realistic, pragmatic and very lonely.  In her search for a way out of the city, she meets True.

True is so kind and happy.  Even though he’s had a difficult life, he always makes an effort to keep busy, contribute any way he can and find happiness in that.  I enjoyed that he could see pass Rio’s façade and that he learned to love her.  Their relationship grew slowly and I wish that they were together more often and that their time together included more.

Bay is sweet, caring, gentle and more giving than Rio.  Maire, is a powerful siren and their aunt, even though they don’t know her well, and she has an agenda of her own, she loves her nieces in their own way.   As you can imagine, there are also bad people in the mix and you don’t always know good from bad.

The world building is really well done. I love that it never felt like an information dump, but that we knew enough to understand the story and learned more as Rio learned more. Religion (polytheism) is a big part of the life of both Above and Below.  It gives both citizens faith in the system and makes their lives more structured. However, the book didn’t feel “preachy” or uncomfortable at all.  The plot is politically driven, but we slowly discover each clue. This is my first book by Condie (I have Matched, but never started the series) and I liked her writing style.

Overall, Atlantia is a great read.  I felt like the ending was sufficient for a standalone, but I still wanted more, especially more chemistry between True and Rio.

The giveaway is for one of these gorgeous necklaces AND an ARC of Atlantia (US Only). Please enter using the Rafflecopter widget below. All other rules can be find in the Polices page or in the widget itself.  Good luck!

Visit the rest of the tour for team ABOVE!

Let me leave you with a few pictures of my beautiful island and the reason I’m team Above! 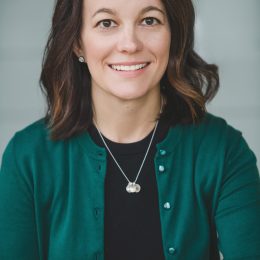 Ally Condie is the author of the MATCHED Trilogy, a #1 New York Times and international bestseller. MATCHED was chosen as one of YALSA’s 2011 Teens’ Top Ten and named as one of Publisher’s Weekly’s Best Children’s Books of 2010. The sequels, CROSSED and REACHED, were also critically acclaimed and received starred reviews, and all three books are available in 30+ languages. Disney has optioned the film rights for the series.
A former English teacher, she lives with her husband and four children outside of Salt Lake City, Utah. She loves reading, writing, running, and listening to her husband play guitar.