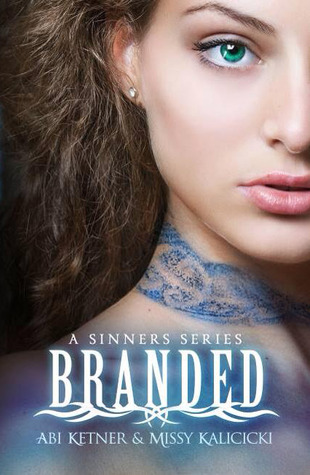 Fifty years ago the Commander came into power and murdered all who opposed him. In his warped mind, the seven deadly sins were the downfall of society. He created the Hole where sinners are branded according to their sins and might survive a few years. At best. Now LUST wraps around my neck like blue fingers strangling me. I’ve been accused of a crime I didn’t commit and now the Hole is my new home. Darkness. Death. Violence. Pain. Now every day is a fight for survival. But I won’t die. I won’t let them win.The Hole can’t keep me. The Hole can’t break me. I am more than my brand. I’m a fighter. My name is Lexi Hamilton, and this is my story.

What first made me take a second look at Branded was its gorgeous cover, hence my decision to join the tour when the authors offer me a copy of the book.

The premise of Branded is very interesting.  In theory, people that commit a crime are ‘branded’ with a different color according to the nature of the crime (to match the capital sins.)  Then, they are removed from polite society and send to live to a horrendous place called the Hole.  As you might imaging, the Hole is not a nice place, quite the opposite.  In fact, it is one of the most horrendous settings that I ever read.

Lexi is a very complicated character.  She had a very happy childhood and family life, but unfortunately that didn’t last long.  When her mother remarried, it seems like she married a controlling sadistic maniac (just saying it like it is.)  I have no idea how Lexi endured these years because it was enough to turn a lesser person crazy.  When she ends up in the Hole, she is broken.  She lives in constant fear, she can’t defend herself and seems to always fit the role of damsel in distress (which I strongly dislike.)  Lexi surprised me though.  She made a big change, and a conscious effort to no longer fit that role and learn how to be stronger and overcome her fear.

For an unknown reason, Lexi is assigned a private guard, to keep her safe. I really liked Cole, even though he comes across a bit overprotective and overbearing.  Since a relationship between guards and sinners is prohibited and punishable by death, it is predictable that Lexi and Cole fall in love.  It is by no means insta-love, but when the fall, the fall hard.

Bruno is a big teddy bear of a man. He’s Cole’s best friend and he tried to help Lexi and Cole in any way he can.  Zeus is Cole’s huge dog and a vicious loyal sweetheart.   Keegan is Lexi’s brother and also very protective of Lexi. The interaction between the siblings was fun to watch. I wonder where Lexi’s mother is.  Overall, the characterizations was strong.

The plot, as I mentioned at the beginning is original and strong.  Some of the turns of events I could predict, but some I didn’t (plus I’m sure there’s more to come.)  The writing is easy to read and follow, but the dialogue was a little out of place (see below.)  The world building is excellent for the Hole, but very vague for the rest of the world outside.

However, the book is not without problems.  Two things really bugged me.  First, there were some spelling errors.  Second, the timing of things didn’t quite work for me.  The book explains that the current system has been in effect after World War V which happened fifty year before Lexi’s story.  However, Lexi’s father remembers the system before that time (which would make him very old.) Also, the language used by the characters is current (slang and all) and this would not be used in a dystopian; even the technology seemed the same. Unless I was confused with how the book is supposed to be read as (a dystopian versus an alternate present?)

I’m sure that some other unknown factors will come into play in the next book and I will certainly read it when it’s published.  The book ends with a lull in the action, but with a promise of more to come.

Is a registered nurse with a passion for novels, the beaches of St. John, and her Philadelphia Phillies. A talented singer, Abi loves to go running and spend lots of time with her family. She currently resides in Lancaster, Pennsylvania with her husband, triplet daughters and two very spoiled dogs. 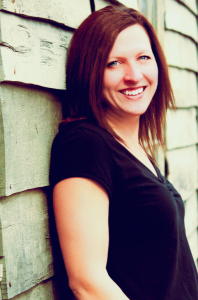 Received her bachelor’s degree from Millersville University in 2003. She married, had two boys and currently lives in Lancaster, Pennsylvania. Aside from reading and writing, her interests include running and mixed martial arts. She also remains an avid Cleveland sports fan.

« Istyria book blog goes on a Summer Hiatus! (sort of)
Best Book I Ever Read: YA Dystopian »