Wilhelmina has a hundred identities.

She is a princess. When the Indigo Kingdom conquered her homeland, Wilhelmina and other orphaned children of nobility were taken to Skyvale, the Indigo Kingdom’s capital. Ten years later, they are the Ospreys, experts at stealth and theft. With them, Wilhelmina means to take back her throne.

She is a spy. Wil and her best friend, Melanie, infiltrate Skyvale Palace to study their foes. They assume the identities of nobles from a wraith-fallen kingdom, but enemies fill the palace, and Melanie’s behavior grows suspicious. With Osprey missions becoming increasingly dangerous and their leader more unstable, Wil can’t trust anyone.

She is a threat. Wraith is the toxic by-product of magic, and for a century using magic has been forbidden. Still the wraith pours across the continent, reshaping the land and animals into fresh horrors. Soon it will reach the Indigo Kingdom. Wilhelmina’s magic might be the key to stopping the wraith, but if the vigilante Black Knife discovers Wil’s magic, she will vanish like all the others

Jodi Meadows introduces a vivid new fantasy full of intrigue, romance, dangerous magic, and one girl’s battle to reclaim her place in the world.

WOW! That. Was. Awesome.

What? You need to hear more?  Well, okay then. Here we go.

Wilhelmina (Wil) Korte is the princess of Aecor which was taken over by the Indigo Kingdom.  Together with the high born children of the defeated kingdom they plan on how to re-take it.  They call themselves the Ospreys and their leader is Patrick, the son of the former general.  Their initial plan entails Wil and her fiend Melanie to pass as Liadia’s nobility and seek refuge in the castle. This is when the story really starts to take shape.

“I was going to have to face the man who’d destroyed my kingdom, and the boy who was the reason.”

The characterization is amazingly good.  Wil is strong, loyal, pragmatic, vulnerable, smart and so much more.  She has magic, which is illegal and dangerous, thus she tries to keep it hidden.  She’s a skilled fighter and so brave. I loved her since the first page.  Even though the book is not that long, she grew a lot as a character as she became more aware of her options.

Tobiah is the crowned prince of the Indigo Kingdom and he is not the most personable man ever.  His cousin and best friend James is really easy going and friendly and I liked him well enough.  Besides Melanie – which I feel ambivalent about – the other prominent Osprey is Patrick.  I didn’t like Patrick at all.  He’s conceited, inhuman, a natural leader and a condescending dictator.  Did I said I didn’t like Patrick?

“A memory welled up, like blood from a thin cut, of standing on a ledge and watching my city burn. My hand in Tobiah’s.

Tobiah Pierce and me: this was why the Indigo Kingdom had won the One-Night War.”

Now we come to the masked vigilante, Black Knife. I loved him!  He’s supposed to be a threat to the Ospreys, but he is like “El Zorro”.  People love him, they seek his help, he does a great service for the Indigo Empire.  Through a series of encounters with Wil, we get to know him better. More importantly, they change each other’s view of the world.  They start feeling sympathy and love for each other, even if they don’t know each other’s identity.  I have high hopes here and I can’t say anymore least I spoil the book for you.

“I spun and had my daggers drawn before his question was half finished. “Black Knife.”

My grip on my daggers didn’t slacken despite his apparent ease. “Taking a walk.”

“Most people use the street.”

“Standing on a roof isn’t illegal, is it?”

The world building is so good!  I didn’t feel like it was an info-dump in any way.  We learn about the kingdoms, the wraith, glowmen, flashers, castles and customs in an easy and understandable way.  It is such a great world and I hope it can be saved.  The plot is outstanding.  There are spies, vigilantes, princes and princesses, classes, magic, wraith land, and enough secrets to drive one crazy.  I which I could tell you more, but you know I don’t like spoilers.  The writing is compelling, engrossing, easy to read.  I couldn’t put it down. This is my first book by Meadows and it will not be the last.

What happened with that ending?  This is one of the worse cliffhangers EVER! However am I going to manage to wait for The Mirror King for a whole year?  *sigh* it’s a good thing that there are already about four novellas that will be published in between.

Overall, The Orphan Queen was SO good.  As a lover of fantasy, this book will have a place of honor on my shelves.  I cannot recommend it enough.  Now, go read it.

One copy of The Orphan Queen (US Only)
a Rafflecopter giveaway

Visit the Rest of the Tour 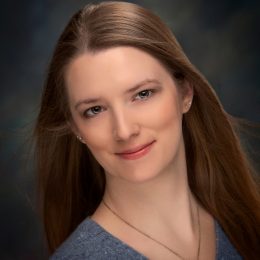 Jodi Meadows lives and writes in the Shenandoah Valley, Virginia, with her husband, a Kippy*, and an alarming number of ferrets. She is a confessed book addict, and has wanted to be a writer ever since she decided against becoming an astronaut. She is the author of the INCARNATE Trilogy and the forthcoming ORPHAN QUEEN Duology (HarperCollins/Katherine Tegen). Visit her at www.jodimeadows.com

23 responses to “Blog Tour, Review and Giveaway {The Orphan Queen by Jodi Meadows}”