Captain Hook's feisty daughter hits the high seas to avenge her father's death at the jaws of the Neverland crocodile in Heidi Schulz's spirited middle-grade debut.

Twelve-year-old Jocelyn dreams of becoming every bit as daring as her infamous father, Captain James Hook. Her grandfather, on the other hand, intends to see her starched and pressed into a fine society lady. When she's sent to Miss Eliza Crumb-Biddlecomb's Finishing School for Young Ladies, Jocelyn's hopes of following in her father's fearsome footsteps are lost in a heap of dance lessons, white gloves, and way too much pink.

So when Jocelyn receives a letter from her father challenging her to avenge his untimely demise at the jaws of the Neverland crocodile, she doesn't hesitate-here at last is the adventure she has been waiting for. But Jocelyn finds that being a pirate is a bit more difficult than she'd bargained for. As if attempting to defeat the Neverland's most fearsome beast isn't enough to deal with, she's tasked with captaining a crew of woefully untrained pirates, outwitting cannibals wild for English cuisine, and rescuing her best friend from a certain pack of lost children, not to mention that pesky Peter Pan who keeps barging in uninvited.

The crocodile's clock is always ticking in Heidi Schulz's debut novel, a story told by an irascible narrator who is both dazzlingly witty and sharp as a sword. Will Jocelyn find the courage to beat the incessant monster before time runs out?

Hi there gorgeous people!  Today I’m happy to host the fabulous Heidi Schultz who is promoting her book Hook’s Revenge.  I hope you enjoy it!

Hi Liza! I’m thrilled to be here, kicking off my Hook’s Revenge blog tour. Thanks for having me!

One of my favorite things about writing this book was working on the narrator. He’s this grumpy old retired pirate, who…well, why don’t I let you see for yourself by sharing the first couple pages?

There have always been pirates. Why, even as far back as Eve, on the day she was considering whether or not to eat that apple, a pirate was most certainly planning to sail in and take it from her.

I expect that you’d like to know about the most famous of all pirates, Captain James Hook. As I am the world’s foremost expert on him, naturally you turned to me. Children come to me all the time, begging to hear what I know. I graciously seat them in a circle around me, lean in, and whisper, “Not a chance.”

I don’t like children all that much. However, last Thursday I became an old man. It occurs to me that someday I will die. Like many my age, I hope that I may go peacefully, in the midst of a hostage situation or a failed arson attempt. But I digress. . . .

We were talking about Captain Hook.

Most everyone knows the main points of his story: Peter Pan, the iron hook, the crocodile, and so on and so forth. What came after, however—with Jocelyn, Hook’s last request, and such—now that’s far more interesting.

I’m not surprised. I’d venture to guess that a list of things you know nothing about could fill volumes. How- ever, today appears to be your lucky day—you are about to be enlightened. The fact that I am the one who must provide the enlightenment can only mean that today is my unlucky day, but sometimes these things cannot be helped.

There is no use putting it off any longer; it is time to tell what I know, lest the girl’s story die with me. Settle in, I suppose. Do be sure not to touch anything, and for heaven’s sake, please don’t breathe so loudly. If you’re quite comfortable, I’ll pour myself a little drink and begin. If you are not comfortable, I’ll begin anyway. Your comfort is of little concern to me.

If readers have even half as much fun with the narrator as I did while writing him, I will consider this book a great success.

He, on the other hand, would consider any fun had as an irritation at best, a deep insult at worst—which is all the more reason I hope readers will enjoy this book!

Thanks again, Liza! I really appreciate you hosting me! 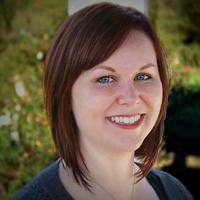 Heidi Schulz is a writer, reader, and giraffe suspicioner. She lives in Salem, Oregon with her husband, co-captaining a crew made of their teen daughter, a terrible little dog, and five irascible chickens. Her debut novel for middle grade readers, HOOK’S REVENGE, will be published by Disney•Hyperion on September 16, 2014. A sequel, HOOK’S REVENGE: THE PIRATE CODE, will follow in fall 2015. Bloomsbury Kids will publish her picture book debut, GIRAFFES RUIN EVERYTHING, in 2016. 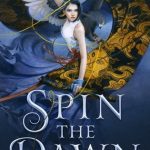