It was just another Tuesday morning when she walked into the office--young, as I suspected they all might be, another dark brunette with some assistance and enough eye black to match up to Cleopatra. And who am I? I'm Ray, the world's last robot, famed and feared in equal measure, which suits me just fine--after all, the last place you'd expect to find Hollywood's best hit man is in the plain light of day.

Raymond Electromatic is good at his job, as good as he ever was at being a true Private Investigator, the lone employee of the Electromatic Detective Agency--except for Ada, office gal and super-computer, the constant voice in Ray's inner ear. Ray might have taken up a new line of work, but money is money, after all, and he was programmed to make a profit. Besides, with his twenty-four-hour memory-tape limits, he sure can keep a secret.

When a familiar-looking woman arrives at the agency wanting to hire Ray to find a missing movie star, he's inclined to tell her to take a hike. But she had the cold hard cash, a demand for total anonymity, and tendency to vanish on her own.

Plunged into a glittering world of fame, fortune, and secrecy, Ray uncovers a sinister plot that goes much deeper than the silver screen--and this robot is at the wrong place, at the wrong time.

Made to Kill is the thrilling new speculative noir from novelist and comic writer Adam Christopher.

Tuesday. Just another beautiful morning in Hollywood, California. The sun came in through the window behind me. It was always sunny. It had been sunny for as long as I could remember. Which currently was about two hours, ten minutes, and a handful of seconds not worth mentioning. I sat at the table in the computer room. I was reading the Daily News. Around me Ada clicked and her lights flashed and her tapes spun. We were killing time while we waited for a job to come in. It was August 10, 1965. I knew that was the date because it was printed across the top of the newspaper in a very convenient manner. There was a headline splashed all the way across the front page and the article that went with it was all about a film called Red Lucky. That got my attention. Movies, even in this town, rarely merited such prime newspaper real estate. I was obliged, I felt, to keep reading just to see what all the hoopla was. “Listen to this,” I said. Ada made a sound like she was putting out a cigarette in an ashtray that was in need of emptying, and then the sound was gone. If it had ever been there in the first place. “If it’s about President Kennedy and his trip to Cuba, I’m not interested,” she said. Her voice came from somewhere near the ceiling. I wasn’t quite sure where exactly. I was sitting right inside of her. I frowned, or at least it felt like I did. I scanned the front page again and saw what she was talking about: a piece—relegated to the bottom half—that was a lot of hot puff about Kennedy’s weeklong visit to Havana and how well the negotiations were going to put some good old American-made nuclear missiles down there. Just in case. After reading it I wasn’t quite sure whether I was supposed to hang a Stars and Stripes out of the office window or not. Huh. Ada was right. When all was said and done, world affairs were a little beyond my interests, too. “So,” I said, “do you want to hear about this cinematic marvel of the modern age or not?” “Sure, why not?” I found my place and I started reading. It was pretty interesting, actually. This was no ordinary movie—Red Lucky not only had an A-list cast assembled from across different studios, which I figured was quite something given most studios seemed to be at each other’s throats most of the time with their actors tied up in exclusive contracts as tight as Ada’s purse strings, but was going to be the first national film premiere, the picture beamed into theaters all over the country thanks to some new development in cinematic magic. The red-carpet premiere was due to be held at Grauman’s Chinese Theatre this coming Friday, but regular folk could grab a ticket and popcorn and take up space in theaters in twenty cities stretching from here to New York. Seemed like a neat idea. I wondered if Ada could maybe give me the night off and I could go take a look. There were three other theaters in LA alone hosting the opening night beam-in. Couldn’t hurt to ask so that’s what I did. “It’s been quiet, Ada,” I said, then I stopped as I wondered if it really had been quiet or whether that was just me not remembering being busy, but I’d started my query so I decided to finish it. “And if it’s quiet I think I should be allowed to go to the movies. It’s not like I need to be on call. We don’t get much in the way of last-minute assassination requests.” At this Ada laughed and for a moment I saw an older woman with big hair leaning back in a leather chair with her stockinged feet up on a wooden desk and a cigarette burning toward the fingers of her right hand. And then it was gone and I was back in the office, surrounded by a computer and miles of spinning magnetic tape. The image was just an echo. Something ephemeral inherited from Thornton, most like. “It has been quiet, that’s true,” said Ada. “Call it a lull. But I’ve got my ear to the ground, don’t you worry your pretty little tin head.” My head was steel and titanium and I was about to point that out when Ada laughed again like a twenty-a-day smoker and said something about lightening up. Except I wasn’t listening. Something else had my attention. There was someone in the outer office. “There’s someone in the office,” I said, and Ada stopped laughing. On my left a tape stopped and then spun back in the opposite direction. I knew what that meant. Ada was thinking. I turned up my ears and had a listen. I heard a pair of feet stepping lightly on the rug out in the other room, and I heard the creak of leather, like someone was squeezing a big bag. And then there was a thunk, dull and heavy, like someone was putting something dull and heavy down on the floor. “Hello?” asked the someone. Her voice was quiet and uncertain and breathy. I looked up at the ceiling. I wasn’t sure where Ada’s eyes were, exactly, but that seemed like a good enough bet. “Well?” Ada’s tapes spun. “Well, go see what she wants and then get rid of her.” “Okay.” “And by ‘get rid of her,’ I mean show her the door rather than the Pearly Gates, okay?” I stood up and put the paper down on the table. “Hey, I only kill for money, remember?” Ada laughed. “Oh, I sure do, honey.” I walked across the computer room and reached for the door to the office and opened it and stepped through and then closed the door after me.

ADAM CHRISTOPHER is a novelist and comic writer. In 2010, as an editor, Christopher won a Sir Julius Vogel award, New Zealand’s highest science fiction honour. His debut novel, Empire State, was SciFiNow’s Book of the Year and a Financial Times Book of the Year for 2012. In 2013 he was nominated for the Sir Julius Vogel award for Best New Talent, with Empire State shortlisted for Best Novel. Christopher is currently co-authoring The Shield comic with Chuck Wendig, available from Dark Circle Comics October 20, 2015. Born in New Zealand, he has lived in Great Britain since 2016.

ADAM CHRISTOPHER is a novelist and comic writer. In 2010, as an editor, Christopher won a Sir Julius Vogel award, New Zealand’s highest science fiction honour. His debut novel, Empire State, was SciFiNow’s Book of the Year and a Financial Times Book of the Year for 2012. In 2013 he was nominated for the Sir Julius Vogel award for Best New Talent, with Empire State shortlisted for Best Novel. Christopher is currently co-authoring The Shield comic with Chuck Wendig, available from Dark Circle Comics October 20, 2015. Born in New Zealand, he has lived in Great Britain since 2016. 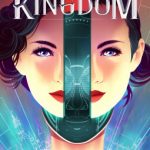 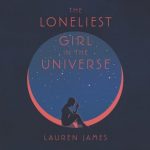 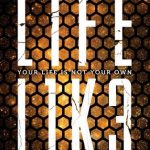