Hi there gorgeous readers!  Welcome to the first stop for A.M. Deese’s book Ignited.  I hope that like me, you love the beautiful cover and are excited about the story.  Stick around to read the excerpt, enter the giveaway and remember to visit the other stops on the tour! 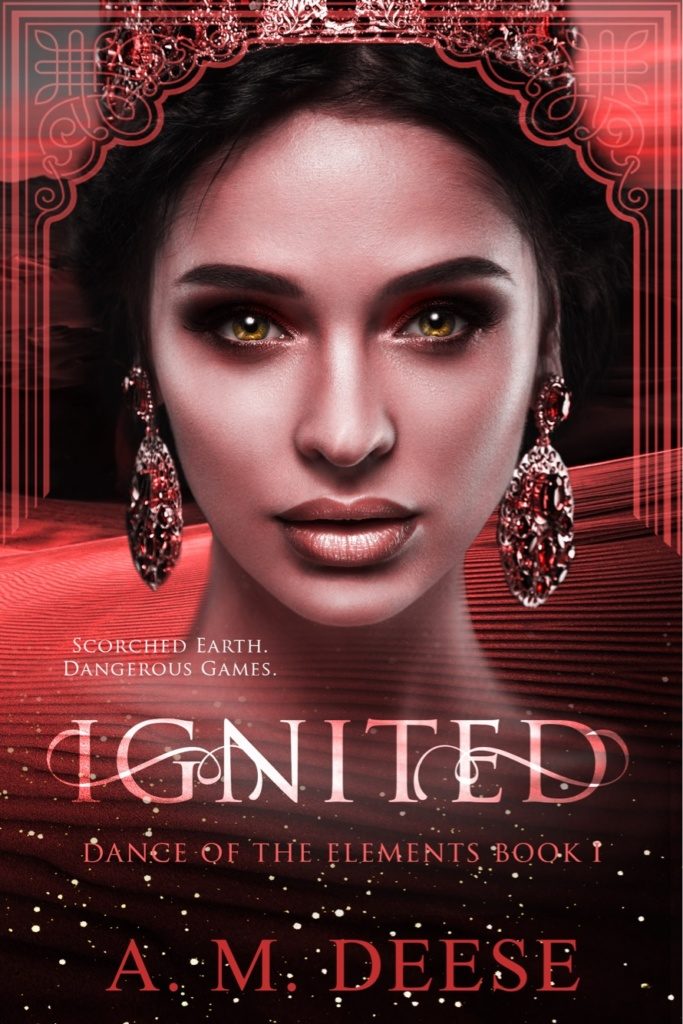 Title: IGNITED (Dance of the Elements, #1)

Juggling death is nothing new for seventeen-year-old Jura, daughter of the First of the Thirteen, successive rulers of the Republic of the Sand Sea. However, when a blood chain ensnares her father, she is thrust into the seat of power and forced to rule her elders.

Jura must track down her father’s assassin and balance a country on the verge of collapse. To find the Prince of Shadows and uncover the truth, Jura puts her trust in Tylak, a former slave accused of stealing from the Everflame—a man she once condemned to death.

In a world where water is currency and enemies lurk around every corner, Jura will use her wits or risk igniting a world war.

This was the moment she’d been dreading. Council meetings were closed to all except the voting members of the Thirteen families, everyone knew that. Jura was not the voting member, her father was, had been for the last twenty years, and now they were stuck with her. Her worst nightmare had come true.
“Yes. I mean, no. That is, the First is…indisposed.”
Velder frowned down at her. “Is that so? His presence is needed to preside over the council meeting.”
“I understand,” she mumbled. Father hated when she mumbled. If he was here he’d have pulled her by the ear and given her a lecture on leadership and her responsibility to the family name. Leaders didn’t mumble. Her fingers flew up to her throat, as if scratching at her tender skin would send the words pouring forth. She just had to spit something out, anything.
Anything but the truth.
“Councilman Velder, the First is–”
“Absent for the second day in a row.” Velder’s dark eyes narrowed. “The people of the Republic can not rule themselves. The First–”
“The First is indisposed!” She had not meant to shout and she lowered her eyes, frowning at her shoes. People would stare.
“He is unwell,” she said in a softer voice. Her tongue darted out to moisten lips gone impossibly dry. She considered drinking Kader’s offered water, even poison was better than this.
“I will judge in his stead.” There. The words were strangled, but she’d said it.
Velder barely concealed his chuckle beneath his hand. “With all due respect the Thirteen would never approve.”
“The Thirteen? Or you?” Velder had never liked her. He didn’t seem to like anyone. Jura bit the inside of her cheek to keep from screaming. Her hands were shaking, so she squeezed them into fists by her sides. She was seventeen years old, hardly a child. She could do this, she had to do this.
Father will never forgive me if I cause the house to lose Rank. 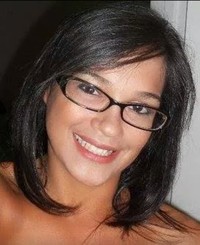 Alexis Marrero Deese is an avid reader of young adult and fantasy. Her favorite authors include Brandon Sanderson, Jaqueline Carey, and Orson Scott Card. She graduated from the University of South Florida with a Bachelor’s Degree in Creative Writing and a sun tan she misses dearly since her move to northern Georgia. She has a passion for cooking, spends entirely too much time on Pinterest, and is a self-proclaimed dog training expert to her family’s legion of dogs.

Win one signed paperback of Ignited by A.M. Deese, one glow-in-the-dark dragon pendant, one leather-bound dragon journal, and a $5 Amazon gift card! This is a pre-order giveaway but you do not need to buy the book to enter, buying the book just gives you more entries.

Visit these other stops:

One response to “{Blog Tour, Excerpt and Giveaway} Ignited by A.M. Deese”