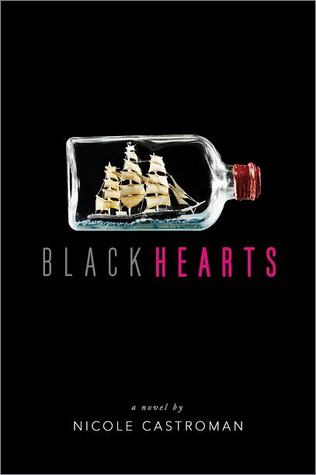 Blackbeard the pirate was known for striking fear in the hearts of the bravest of sailors. But once he was just a young man who dreamed of leaving his rigid life behind to chase adventure in faraway lands. Nothing could stop him—until he met the one girl who would change everything.

Edward "Teach" Drummond, son of one of Bristol's richest merchants, has just returned from a year-long journey on the high seas to find his life in shambles. Betrothed to a girl he doesn’t love and sick of the high society he was born into, Teach dreams only of returning to the vast ocean he’d begun to call home. There's just one problem: convincing his father to let him leave and never come back.

Following her parents' deaths, Anne Barrett is left penniless and soon to be homeless. Though she’s barely worked a day in her life, Anne is forced to take a job as a maid in the home of Master Drummond. Lonely days stretch into weeks, and Anne longs for escape. How will she ever realize her dream of sailing to Curaçao—where her mother was born—when she's stuck in England?

From the moment Teach and Anne meet, they set the world ablaze. Drawn to each other, they’re trapped by society and their own circumstances. Faced with an impossible choice, they must decide to chase their dreams and go, or follow their hearts and stay.

Well, this didn’t turn out the way I expected at all. I’m actually surprised by how much I ended up enjoying this after I got an idea what I was in for with this book.

Blackhearts tells the story of a young Edward “Teach” Drummond, son of one of Bristol’s richest merchants. He’s just returned from a year at sea and dreams of going back to chase adventures in faraway lands. Instead he finds himself engaged to a girl he doesn’t love and sick of the high society he was born into. The only one standing between him and his dream is his father, who will never allow him to leave again. But on his first day home he meets the new maid Anne, who was left broke and with nowhere to go after both her parents passed away. She dreams of leaving Bristol and sailing away to find her mother’s family. Together they must decide whether they should follow their heart and dreams and go, or do what’s expected of them and stay.

I went into this novel expecting a lot more piracy. Who wouldn’t, though? You see the name Blackbeard, you think pirates, right? I thought so. But this is more or a historical fiction. A retelling of Teach’s pre-pirate years. The author herself has called it a pre-pirate novel before even though I didn’t know that until after I started it. I know the name Blackbeard but I wasn’t awfully familiar with his story to be honest. Then again, not much is known about his life before he was a famous pirate. I did like this reimagining of him a lot, though I wanted more piracy and swashbuckling.

I’m not the biggest historical fiction fan, so I really am surprised at how much I loved this book. Most of that is probably the writing, which had me hooked from the start, and the characters. I loved both Anne and Teach and I shipped them furiously all throughout the book. Their romance was done very, very well in my opinion. I also liked the other characters. Though maybe not Teach’s father and Patience, Teach’s fiance. Yeah I really didn’t like Patience. I do however love the fact that this gave us an explanation as to where Blackbeard got the name for his ship, the Queen Anne’s Revenge. At least, I get the Queen Anne part. I’m really hoping for a sequel that’ll dive more into him as a pirate and maybe also tell us where the Revenge part came from.

Blackhearts is a fascinating and romantic reimagining of a famous pirate’s life before he became said famous pirate. I’d recommend it to fans of historical fiction and retellings, or those who are interested in Blackbeard himself. All in all, it was a good first book to read in 2016. 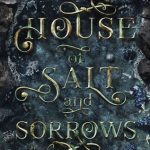 {Review} House of Salt and Sorrows by Erin A. Craig 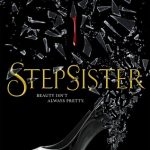 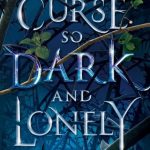 {Waiting on Wednesday} A Curse So Dark and Lonely

« Top Ten 2015 Releases I Meant To Get To But Didn’t
Waiting on Wednesday {The Crimson Skew by S.E. Grove} »