A Prophecy made long ago, announced the arrival of the new Ladies of Elements.
And now almost a millennia later, it finally came true …

All her life Arima thought she knew who and what she was. That is until the day of her sixteenth birthday came and her world is turned upside down, when she’s told she’s not a White Witch but Lady Spirit. And that she is the one that has been foretold, will unite the Five Ladies of Elements once again and save Ilendia and the Other Lands from Ahriman, the Demon King.

At first Arima refuses to accept her new fate, but when Shanums come and destroy her village and kill her loved ones, she has no choice but to flee and fall right into the destiny she never wanted.

As she grudgingly starts her journey into the unknown, she is accompanied by her unicorn familiar Sirrim, Blythe, a Vampire with a dark past and Myrddin, a mysterious Ljosalfar.

And the longer her journey lasts, the more Arima begins to realise that she can’t escape her own destiny and she must learn to control her powers and learn to be a Lady for the sake of the Sisters she doesn’t know and the people of Ilendia and the Other Lands.

However, things get more complicated when Arima comes into the possession of a key. Her instincts compel her to go towards danger when she discovers that the key she holds, can unlock the legendary kingdom of Eléssima, the home of the Ladies of Elements.

She will have to make the choice to follow her instincts …
…or stay on the path that has been laid out for her.

I’ve been waiting and wanting to read this one for months now and when Stephanie said it was ready for beta-reading, I was so happy! Even though it’s long, like a proper fantasy novel usually is, I really really loved it. So take a deep breath Steph, nothing to fear in this review.

The Lost Kingdom takes place in Ilendia and it’s about Arima, a sixteen year old girl whose world is turned upside down when she finds out she’s Lady Spirit, one of the five Ladies of Elements. According to a centuries old Prophecy, she has to unite all the five Ladies and save Ilendia and the Other Lands from Ahriman, the Demon King. Even though Arima has no choice but accept the destiny she never even wanted and go on a journey into the unknown.

The Lost Kingdom was originally published in Dutch and Stephanie wanted to take it to the next level and started translating it herself so more people were able to read it and yes, she’s going indie! She has been working very hard on this for months now and I’ve been helping wherever I can. I’m sort of a PR person for her, a beta reader,… But above all, her best friend. And honestly, I was terrified I wouldn’t like it that much because it would break my heart if I had to write a negative review. Luckily, I loved it!

This has everything a good YA Fantasy book needs. A cool, brilliant world? Check! A strong, pretty bad ass heroine? Check! A scary, evil villain? Check! Mystery, Magic and more of that good stuff? Check, check and check! Plus I did get a lot of feels from it too! Especially in the beginning and at the end. And elemental magic powers!! That’s the thing I loved the most because I love it when a book has that. The world Stephanie created was amazing and in the Dutch copy there is a map, but the one that made it left out some of the most important cities so it’s not very helpful. I don’t know if there will be a map in the English book too, but if not, you’ll have to use your imagination. And Stephanie does a good job at helping you with that. The whole land/world was in my head!

Of course, with Fantasy sometimes comes strange words. And there are some in this one too. Creatures I didn’t know because they were made up, a language that was also made up. There is a legend at the end with all the meanings of those words and names, but I think I pronounce them very, very wrong in my head so. That’s a bit confusing, but I got used to it. And most Fantasy books I know (like the ones from James Clemens, Robin Hobb, Terry Goodkind,…) are very long and this one is too in my opinion. It has 332 pages in the beta stage and before you say that that’s not long at all, it is because these are normal pages in the PDF format. So if she would print it out, that’s how many standard sized pages there would be. So it’s long, but that’s not a bad thing because Stephanie really takes her time to develop this story and its characters. Yeah it can get a little, tiny bit boring. BUT, there’s a but! Just when you’re starting to feel like putting the book down, something happens that hooks you again and you’re back on track!

I really loved Arima. She really grows a lot in this book and I like that. She doesn’t want to be Lady Spirit at first and denies everything. But then something happens and she’s forced to flee from her village and she has to grow up pretty quick and learn more about these new powers she has. And she can really kick some ass if she needs too. The battle at the end is pretty epic. It’s not very long, but the book is, so appreciated the fact that Stephanie didn’t drag the battle out just to make it longer. And on her journey she meets several fun characters. Blythe, Myrddin, Laguun, … And of course her unicorn, Sirrim. No it’s not as lame as it sounds, the unicorn is also pretty bad ass.

So if you’re looking for an awesome YA Fantasy book in the style of James Clemens, Terry Goodkind (and more), this is a good choice! I really loved it and I can’t wait to see what happens next!

Stephanie Beerden was born on Friday the 13th (no joke, she really was) in a small city called Genk and has always been fascinated with the occult, magic and books. Her childhood and teen years were filled with reading lots and lots of books and imagining what life would be like as a Vampire. Until one day she decided that she wanted to try her hand at writing her own books and that was the beginning of her writing adventure.

Her first book is a YA Fantasy called De Elementen – Het Verloren Koninkrijk and after many, many trials and tribulations, one small Dutch Publisher, named Jaylen Books decided “Hey, let’s give this girl a shot”. Her second book De Elementen – Archandir has recently been published by same publisher and she couldn’t be happier about that.

Stephanie hopes to keep writing as long as she can and already has several writing projects in the works for the future. 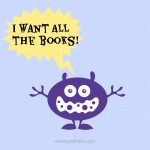 « Waiting on Wednesday: The Walled City by Ryan Graudin
Cover Reveal: Perfect for You by Ashelyn Drake »

2 responses to “Beta Review: The Lost Kingdom by Stephanie Beerden”