With a former supermodel mother and a rock-and-roll legend father, Emma Preston has the best of everything. Nothing is as perfect as it seems though. After her parents divorce, she’s forced to live with her mother in a private Santa Monica community. Ignoring their parental roles, her mother becomes more focused on climbing the social ladder while her father is off on tour.

Growing up in a trailer park with his mother, Jesse is used to people looking down on him. When his mother begs him to submit an application for a scholarship to one of Santa Monica’s top private schools, he never expects to actually get it. When he does, he is forced to attend school with a bunch of rich kids. He ignores their stares as they judge him for having tattoos and a less than impressive car. As long as he has his surfboard and the guys at the tattoo shop, he knows he can make it through.

When Jesse shows up on the first day of school, Emma can’t help but be intrigued. Her mother would never approve of Emma talking to someone so poor, but she doesn’t care because something about Jesse draws her to him.

Jesse tries to hate Emma, but he discovers that he can’t resist her. Forced to hide their relationship from Emma’s mother and everyone else around them, things start to fall apart. When Jesse’s friend, Ally, decides to interfere, things go from bad to worse.

Can they survive their first love? Or will they be left with nothing more than shattered ties?

Emma is the daughter of a famous rock star and an ex-model and has been given everything in a silver platter.  Her parents separated and since they can’t stand each other, Emma lives with her mom.  Somehow, she managed to not grow up to be a spoiled brat.  She’s down to Earth, loyal, loving, she wears her feeling on her sleeve and she’s incapable of lying.  I really like Emma and I admired her individuality and her openness to new people and new experiences.

On the other hand, it took me a while to warm up to Jesse.  He was proved wrong over and over about Emma, but he still wanted to believe that since his dad was rich, then she must be a bad person.  I think that Emma had more trust in him that he did in her. It also bothered me that Jesse believed that he would never amount to anything.  Yes, his aspirations were to be a tattoo artist, but that doesn’t equate to being poor.  It felt like he had no real aspirations.  One thing I did love is that most of the time they were honest with each other,

Emma’s mom is an awful person that really believed that she, and anyone with money was better than everyone else.  On the other side of the spectrum, Emma’s dad was pretty amazing.  He was supportive and understanding of Emma and her relationship with Jesse. I liked Andye, Jesse’s best friend, but Ally was a horrible person that showed love in the most stupid and traitorous way possible.

The plot was nothing new, but well executed. The writing was really fluid and beautiful. One of the things that I didn’t like is that Jesse and Emma’s’ relationship happened too fast.  I’m not sure about the timing, but I think the whole story happened in the span of about a month.  The romance was way too quick to develop and they were in bed way too fast for my taste.  Also, the ending was very abrupt.  I think that Jesse made a horrible series of mistakes and he understandably felt betrayed.

Overall, I really liked Shattered Ties. I think what I loved the most is that the main characters were pretty straightforward.  I hope that Twisted Ties is just as good and that Jesse and Emma resolve all their problems. Shattered Ties is my first book by narrator Kirsten Leigh and liked her fine.  Most voices were distinctive from each other but for some reason I had a bit of trouble with Jesse’s voice.  Nothing to distract from the story and the overall performance was really good and emotional. 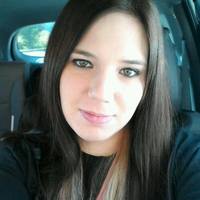 « From Page to Screen: How to Train your Dragon 2
{Effie Reviews} Red Queen by Victoria Aveyard »

6 responses to “Audio Review: Shattered Ties by K. A. Robinson”