Also by this author: Send, Nothing Left to Burn

Some boys go too far. Some boys will break your heart. But one boy can make you whole.

When Grace meets Ian she's afraid. Afraid he'll reject her like the rest of the school, like her own family. After she accuses the town golden boy of rape, everyone turns against Grace. They call her a slut and a liar. But...Ian doesn't. He's funny and kind with secrets of his own.

But how do you trust the best friend of the boy who raped you? How do you believe in love?

A gut-wrenching, powerful love story told from alternating points of view by the acclaimed author of Send.

Wow. Some Boys really caught me by surprise. I picked it up on Netgalley because it sounded good, but I never had very high expectations. I didn’t know the author and I didn’t know if it would click with me and all that jazz. You get it, right? But then I read it and it just blew me away!

Some Boys is about Grace. About a month ago, she accused the town’s golden boy, Zac, of raping her and nobody believed her. Since then they all bully her, calling her names. Everyone hates her and even her parents don’t seem to believe her. When her supposed best friend gets her in trouble, Grace is stuck cleaning lockers during spring break with Ian, Zac’s best friend. But Ian doesn’t call her a slut or a liar. Ian is nice to her. Spending the days together cleaning lockers, they start to bond, but it’s not that easy when everything and everyone seems to be against them. Against her.

Some Boys is very emotional and tough to read at times. It deals with a hard topic and the fact that this story is so realistic, is probably what makes it so sad in the first place. But I loved it and I was so invested in it, I couldn’t put it down. I read it in one sitting, engrossed in Grace’s story. I felt so bad for her and I just wanted to hug her and tell her everything’ll be alright. Grace is so brave and so strong. If I were her, I’d be a sobby mess in the corner of my room. But she keeps her head up high, putting on her brave face. She doesn’t want anyone to see how broken she is inside. I’m glad she didn’t run, I’m glad she fought back.

On the other side you have Ian. We get to know him through the alternating POV’s between him and Grace. I thought I’d hate him, but I didn’t. I understood his side of things too. Someone called his best friend a rapist and honestly, it would be hard to believe for me too if I were him. But he likes Grace, a lot and eventually he saw what was really going on and he did the right thing in the end and that’s all that matters for me. I hated Zac, Miranda and Lindsay. And a lot of the other characters too. They were mean and pathetic. I loved Grace’s family and Ian’s too.

The romance was perfect for this story. It built up nice and slow and I liked that. They both had stuff to get through and if the romance had been rushed it would’ve ruined the story, but it wasn’t. It was perfectly paced and in the end I do think they saved each other. I rooted for them all the way. Still, I was always on Grace’s side. When Ian was acting stupid, I was angry. But he always redeemed himself after being an ass, so I still loved him.

Some boys was surprisingly emotional and gave me tears in my eyes a lot. It’s a heartfelt, deep and powerful story with a romance that made my heart melt in the end. I do recommend this book to everyone who loves contemporary books à la Katie McGarry or Colleen Hoover. I will be watching this author closely from now on. 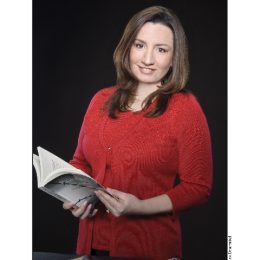 10 responses to “ARC Review: Some Boys by Patty Blount”