Love and Other Unknown Variables

Charlie Hanson has a clear vision of his future. A senior at Brighton School of Mathematics and Science, he knows he’ll graduate, go to MIT, and inevitably discover solutions to the universe’s greatest unanswered questions. He’s that smart. But Charlie’s future blurs the moment he reaches out to touch the tattoo on a beautiful girl’s neck.

The future has never seemed very kind to Charlotte Finch, so she’s counting on the present. She’s not impressed by the strange boy at the donut shop—until she learns he’s a student at Brighton where her sister has just taken a job as the English teacher. With her encouragement, Charlie orchestrates the most effective prank campaign in Brighton history. But, in doing so, he puts his own future in jeopardy.

By the time he learns she's ill—and that the pranks were a way to distract Ms. Finch from Charlotte’s illness—Charlotte’s gravitational pull is too great to overcome. Soon he must choose between the familiar formulas he’s always relied on or the girl he’s falling for (at far more than 32 feet per second squared).

I’m going to warn you guys now, okay? You see that cover and you think about a fun, light, fluffy romance. But it’s a lie! It’s not light and fluffy at all. So instead of warm fuzzy feelings, bring your tissues when you settle to read this book. And make sure you have time for it because I couldn’t put it down. And you won’t be able to either. Probably.

Charlie is an old-fashioned nerd. He loves Marvel comic books and algebra. He’s brilliant and most likely going to MIT. He has an anwser for everything. Until Charlotte flies into his life. He meets her in a donut shop. She stands in the line before him and he sees her tattoo and touches it. Their next encounter is at his home. She’s his sister new friend. And Charlotte’s sister is his new English teacher. And when Charlie finds out Charlotte is sick, he finds himself with more questions he can’t hope to answer.

I was not counting on this, you know. I didn’t prepare for heartbreak and feels all over the place. The story itself is pretty basic but I still loved most of it. I didn’t like the pranks they pulled on the English teacher. You see, Charlie goes to a school for very smart kids and they all pretty much hate literature and stuff. Yeah I hated that. I hated how they treated Charlotte’s sister. It was mean! I was so frustrated by that every time it came up. But that’s the only thing that really bothered me. I loved the friendship between Becca, Charlie’s sister, and Charlotte. Becca is a quiet booknerd who never had any real friends. She was so adorable and she reminded me a lot of myself.

I loved Charlie’s friendship with Greta and James and how his bond with his sister grew in this book. But most I loved Charlie himself. He’s such an adorkable nerd! It was so cute and funny at times to see him figure out all these feelings he’s never had before. Feelings he can’t explain with math. I loved that guy and my heart broke for him, it really did. I wanted to crawl into the book and hug him. Greta and James are great characters and great friends to him. They supported him through everything and I did love both of them! That ending though. Those last few chapters were probably more then I could handle.

I do really recommend this book, but just make sure you have tissues close when you’re in the second half of the book. Love and Other Unknown Variables really suprised me and I loved it. 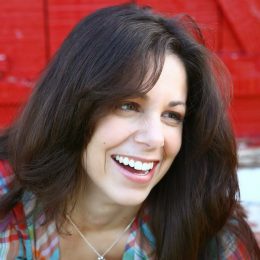 Shannon Lee Alexander is a wife, mother (of two kids and one yellow terrier named Harriet Potter). She is passionate about coffee, books, and cancer research. Math makes her break out in a sweat. Love and Other Unknown Variables is her debut novel. She currently lives in Indianapolis with her family.

7 responses to “ARC Review: Love and Other Unknown Variables by Shannon Lee Alexander”