Waterfire Saga is an epic new series set in the depths of the ocean where six mermaids seek to save their world.

When Serafina, a mermaid of the Mediterranean Sea, awakens on the morning of her betrothal, her biggest worry should be about reuniting with handsome Prince Mahdi, her childhood crush. Instead she finds herself haunted by strange dreams foretelling the return of an ancient evil, and dealing with the deaths of her parents as assassins storm the betrothal ceremony, plunging the city into chaos.

Led only by her shadowy dreams and pursued by the invading army, Serafina and her best friend Neela embark on a quest to avenge her parents' death and prevent a war between the mer nations. In the process they discover a plot that threatens their - and our - world's very existence.

So I expected a lot when I first discovered this book. I saw that trailer and I was sold! But unfortunately, this book did not meet my expectations at all points. Though it has great world building and the writing was very good, it lacks in character developement and some of the terms and political stuff were just confusing.

I think the problems I have with this novel lie with how it came to be. Disney approached this author and asked her to write this book. They gave her the idea, the concept and everything. And while the writing is good and the world building is very very good, it’s not enough for me. The characters felt like cardboard cut outs for me. They did grow a tiny bit near the end, but most of the time it just… They were immature and I really didn’t connect with them at all. Next to that are the terms and political stuff. Politics play a big role in this book and that’s not for me. I’m not a fan of politics. And some of the words… I can’t even remember most of them and when I first read them you could practically see the big question mark floating above my head.

The writing is good, but it’s not for everyone. It’s a very specific type of narration and almost feels like a historical novel. I’m not a big fan of that so it took me a while to get into this one. The book and story got a bit better by the end, but by the time I got there I wasn’t in this story anymore. I was just waiting for the book to end.

It’s like I said, I think. The book was not the author’s own original idea and for me personally, that shows. I need to connect with the characters, even if they are mermaids. I need more than just great world building and confusing new words. I guess I just expected a bit too much.

If you’re a big fan of world building and politics in a book and don’t mind the lack of character building, I’d say give this book a go. You might find yourself enjoying it more than I did. As for me, it was okay, but I don’t think I’m going to continue reading this series. 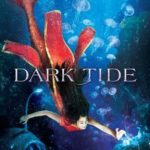 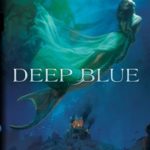 « Waiting on Wednesday: The Oversight by Charlie Fletcher
Review: Where She Went by Gayle Forman »