Hey! Today I have a guest review for you guys! Okay, so my best friend is the biggest Anne Bishop fan I know and when I saw this book on Netgalley I requested it for her. So she, happy as she was to have the book early, said I could put her review on my blog too. So here you go! Be sure to stop by her blog!

The Others freed the cassandra sangue to protect the blood prophets from exploitation, not realizing their actions would have dire consequences. Now the fragile seers are in greater danger than ever before—both from their own weaknesses and from those who seek to control their divinations for wicked purposes. In desperate need of answers, Simon Wolfgard, a shape-shifter leader among the Others, has no choice but to enlist blood prophet Meg Corbyn’s help, regardless of the risks she faces by aiding him.

Meg is still deep in the throes of her addiction to the euphoria she feels when she cuts and speaks prophecy. She knows each slice of her blade tempts death. But Others and humans alike need answers, and her visions may be Simon’s only hope of ending the conflict.

For the shadows of war are deepening across the Atlantik, and the prejudice of a fanatic faction is threatening to bring the battle right to Meg and Simon’s doorstep…

Vision in Silver was unlike anything I expected of the third book in The Others series. It’s darker and also more dangerous and more psychological than any of the previous books.

It’s start with a return to the Lakeside Courtyard of course, and all our amazing terra indigene. After rescuing the Cassandra sangue from the Controller they’re all brought someplace safe. And we get to bits and pieces of how they react to being in the outside world, after being locked up all their lives.

For some it doesn’t end well, and others are slowly, very slowly learning to adapt, one of the in particular, Hope, is a character I really, really want to know more about in the fourth book.

Of course, Meg also shows signs of mental problems, to me they sound like PTSD, but a bit worse. It’s so strange to see the way Meg reacts to certain things in the third book, and how we also get to understand that Meg isn’t completely, emotionally stable. She’s adapting to the outside world (particularly the Courtyard) pretty well, much better than most of the recently rescued Cassandra sangue, but there are situations that produce somewhat of a dangerous reaction in Meg, like that time with Lizzy at the ponies and having The Others worry about her and then being mad at her, for putting herself in a situation, she knew she couldn’t handle.

Also the HFL movement is gaining a lot of support and causing all sorts of trouble for all the terra indigene and in doing so the humans have invoked the wrath of something far dangerous that lives deep within the wild country, and boy I can’t wait to see those earth natives!

As for the characters, well I still love Meg, she’s growing bit by bit each book and her and Simon grown closer as well, and I can’t wait for something to happen between them, because that would be awesome. As for Simon, he’s being really progressive, he’s still a Wolf and still has all those lovely wolfy instincts, but it was great to see him protect and defend Meg’s human pack. He realized that they shouldn’t be blamed for the mistakes made by other stupid humans, even going so far as to buy a few houses outside of the Courtyard, where they could live, without being threatened by HFL supporters.

I don’t like Lizzy though, Monty’s young daughter, to me she’s a spoiled brat and deserve a good kick in the butt, or a good nip, like Nathan said.

And as you all know there are a bunch of other characters too, but if I wanna list everything I liked about them, this review will never end.

So I’m going to stop right now, and just say this: Vision in Silver was an AMAZING book and I can’t wait to read the fourth and fifth book that are coming and revisit the world of The Others!

So yeah, like I said Vision in Silver is a lot darker. 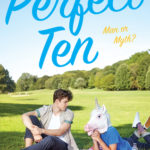 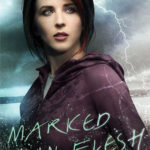 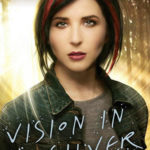 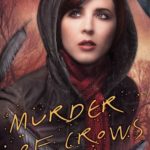 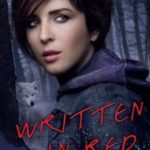