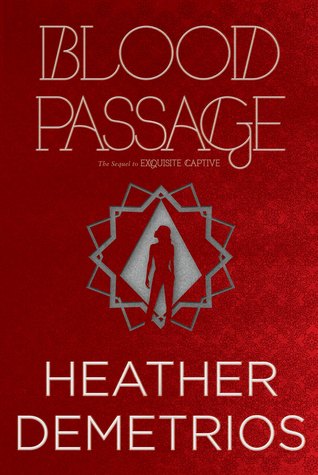 A jinni who's lost everything.
A master with nothing to lose.
A revolutionary with everything to gain.


When Nalia arrives in Morocco to fulfil Malek's third and final wish she's not expecting it to be easy. Though Nalia is free from the shackles that once bound her to Malek as his slave, she's in more danger than ever before.
Meanwhile, Malek's past returns with a vengeance as he confronts the darkness within himself, and Raif must decide what's more important: his love for Nalia, or his devotion to the cause of Arjinnan freedom.
Set upon by powerful forces that threaten to break her, Nalia encounters unexpected allies and discovers that her survival depends on the very things she thought made her weak. From the souks of Marrakech to the dunes of the Sahara, The Arabian Nights come to life in this dazzling second installment of the Dark Passage Cycle.

I couldn’t wait to dive in to BLOOD PASSAGE. In fact, I started the same night I wrote my review for Exquisite Captive. Anytime I read a series, I’m always a little nervous when I start the second book, hoping that it isn’t going to suffer from second book syndrome. BLOOD PASSAGE did not disappoint- it’s no bridge book! The plot twists and turns in really exciting and unexpected ways all while developing our characters and their relationships with one another and expanding the viewpoints of our narratives.

In Exquisite Captive, we only read Nalia, Raif, and occasionally the villain Haran’s points of view but in BLOOD PASSAGE, we get Nalia, Raif, Zanara, and Malek which really helped to broaden the story and to help us see the events from very different perspectives. BLOOD PASSAGE picks up almost immediately from where Exquisite Captive left off- everyone is headed to Morocco in search of Solomon’s sigil- a ring that gives the wearer the power to control all jinn. Raif wants the ring to use against Calar who is now on the throne of Arjinna, to aid in his revolution. Malek wants the ring to further his own power and bring about his plans of revenge against his father.

This book is full of twists and turns in the plot and deep tragedy and heart ache for most of our main characters. Every few chapters leads us to a new terrain with new villains and yet it never feels overdone or forced. Along with all the exhilarating action, we see deeper into the hearts and minds of our main characters. I appreciated the delicate balance with which Demetios writes strong yet struggling characters in the midst of incredibly difficult circumstances. The four main characters feel vulnerable and real in their internal struggles and thoughts.

What left me wanting more:

After the initial gang has grown, everyone is making their way through the buried “City of Brass” in search of Solomon’s sigil when they encounter the mysteries Haraja- a jinni who haunts the city and can inflict madness by bringing someone’s greatest fears to life in their minds. While this is certainly terrifying all on its own, we never actually see Haraja and I expected more of a fight from this new villain. While she hides from the group for the majority of the book, when she is discovered she is killed quite easily. The book feels as though it’s building to a big showdown between Haraja and Nalia but it never comes to fruition.

BLOOD PASSAGE builds on the fantastic foundation set in Exquisite Captive. It beautifully balances the line between action packed adventure and incredibly deep and meaningful character development. I’m definitely counting down until Freedom’s Slave comes out! 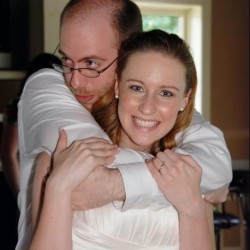