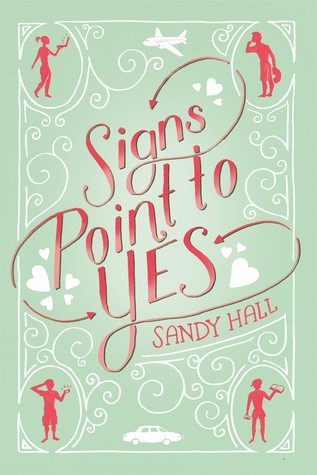 Also by this author: A Little Something Different, Been Here All Along

If only Jane’s Magic 8 Ball could tell her how to get through the summer. With her “perfect” sister, Margo, home for her “perfect” internship, Jane is not going to be able to spend the summer writing fan fiction, as she had planned. And her emergency babysitting job requires Jane to spend the whole summer in awkward proximity to her new crush, Teo, a nerdy-hot lifeguard with problems of his own. With his best friend out of town, Teo finds himself without anyone to confide in…except Jane. Will Jane and Teo be able to salvage each other’s summer? Even the Magic 8 Ball doesn’t have an answer…but signs point to yes.

This story has a summer setting, family relationships, adorable romance, and quirkiness…. Would I like this book? Signs point to yes. However, that’s not at all how it went.

Don’t get me wrong, I think the story has plenty of adorable moments. However I really never seemed to click with it.

The writing for me, this time around, felt forced. It felt awkward (which I understood because the main characters themselves were awkward), but not in an “adorkable” way. Awkward in an “I feel uncomfortable” kind of way. The conversations didn’t seem to flow, and I never felt particularly invested in the story.

I liked the characters to an extent, though. Jane is relatable and easy to listen to. She’s an introvert fangirl at heart, which is basically me. I liked her sassiness and personality. Teo is Puerto Rican, which is one of the main reasons I started liking him (I mean… I’m Puerto Rican!), but then I got to see his sweet and awkward side and I liked him even more. I wish the romance between them would’ve been more swoon-worthy (as I was expecting it to be) and less… “just there”. Yeah, I could see them falling for each other in all their adorable awkwardness, but… it didn’t seem like such a big deal. I couldn’t feel anything for them.

Margo, Jane’s sister, has another POV in the book, but her’s is pretty much non-relevant to the story as it doesn’t bring it along or anything.

The ending isn’t all that good either, as the book just… ends. I didn’t feel like there was a resolution. So many things were still up in the air, like Jane’s future (as she was uncertain about going to college), Teo and his family (as they had had a really long talk), or Margo and her future (as she had finally confessed something to her parents).  I was left with a lot of questions that I really wanted answers to.

Overall, this book is a quick read, entirely made up of fluff. If you want to sit down for a while and maybe not think, this book is right for you. However if you want an adorable, fluffy, comedic, cute, romantic contemporary book, I suggest you try Sandy Hall’s other book, A Little Something Different (It’s one of my favorites!). 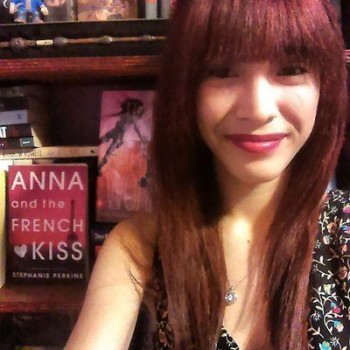 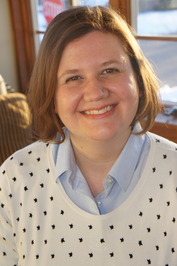 « Stacking the Shelves #150
Discussion {How Do Organize Your Life?} »